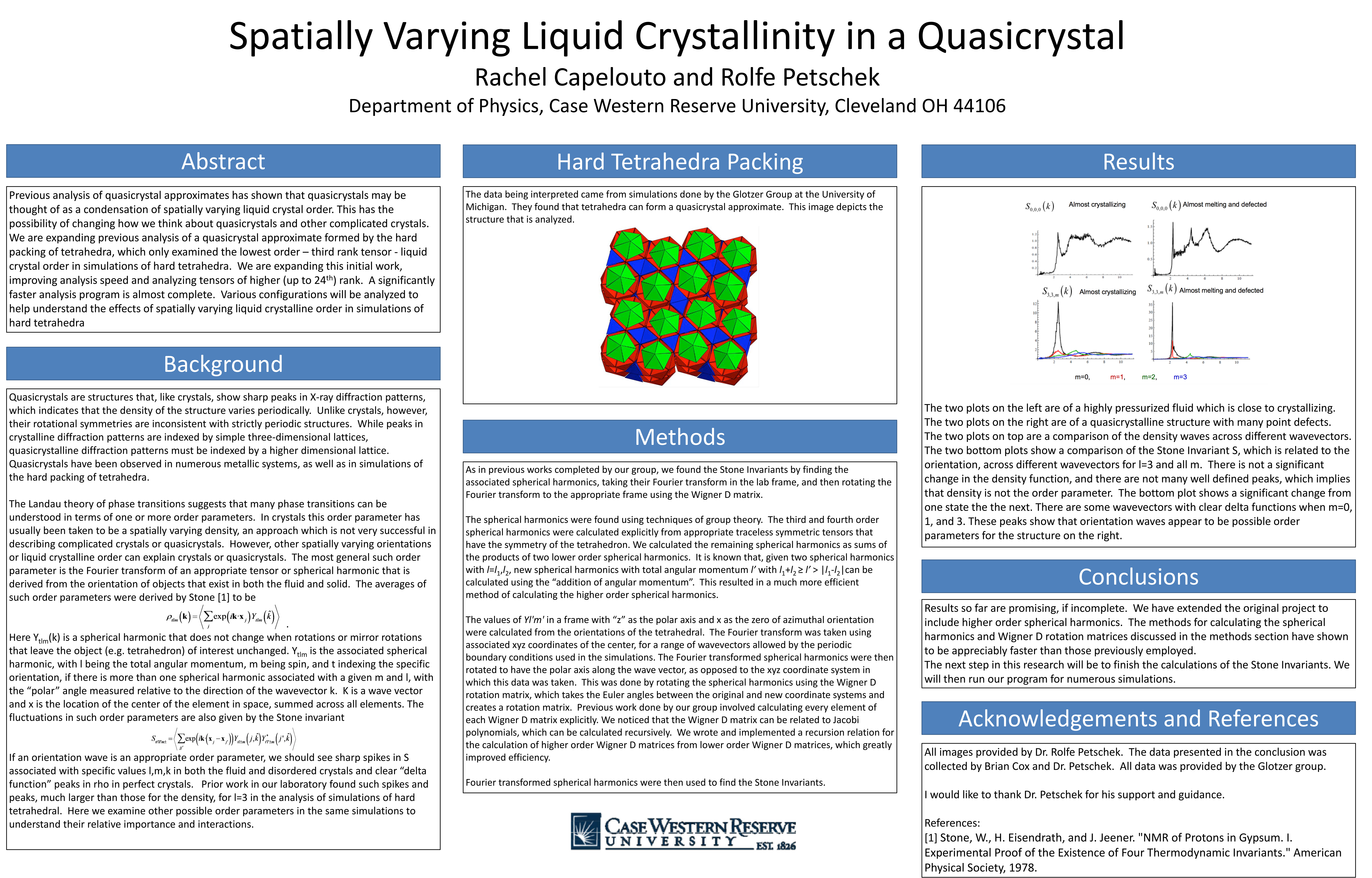 Crystals are usually thought of as the condensation of density waves.  However, in some systems, notably blue phase liquid crystals, and, according to recent results in our group also hard tetrahedra, the formation of a crystal comes from the condensation of an “Orientation Wave” in which theorientation of the constituent parts vary periodically, and this periodic variation condenses.  We will analyze results from the Glotzer group at U. Michigan of the computer simulation of the statistical mechanics of by writing a fast running program in “C” that will quickly analyze the formation and condensation of orientation waves.   A program that reproduces the results of an earlier Mathematica program will be written and used to analyze configurations from simulations of hard polyhedra.  Various such configurations will be analyzed.  In addition, a program will be written that will allow the analysis of and display of the angular relationships between various wavevectors that have large orientation waves, probably as an addition to an existing program written by Michael Engel at U. Michigan.   These programs will be used to help understand the effects of orientation waves in hard particle systems, particularly particles whose shapes are or are close to tetrahedra.